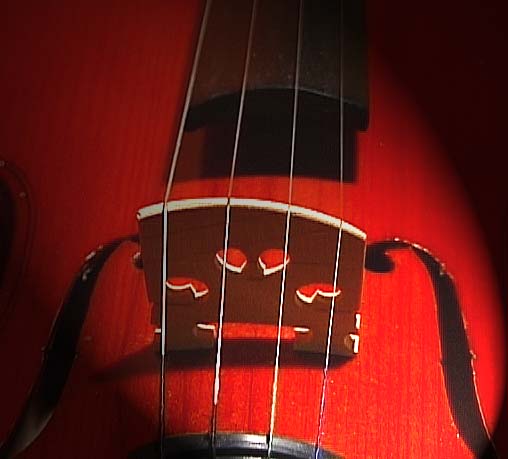 String Quartet No.1'Versailles', was composed in 1990, commissioned by the Dutch Fonds voor de Scheppende Toonkunst. Duration 17 minutes. Versailles was inspired by 17th century French landscape gardening. The gardens of the Palais de Versailles were a symbol of the centralized power. A severe symmetric garden -arrangement formed the basis for a wealth of ornamentation which was achieved by subjecting all plants to rigorous trimming. Nature was subordinated to art. The 17th century landscape architect undoubtedly saw his creations as an earthly paradise. The opposite powers of unbridled nature, on the one hand, and all-controling man with his trimming knife and hedge-clippers on the other,f orm a tragicomic dualism. This theme, however, has become a worldwide problem of survive or perish.
A composer tries to arrange his tones just as the landscape architect does his plants, statues and fountains.The components of symmetry and repetition have a determining factor on the form of the baroque garden.In ëVersaillesí I applied these techniques to the musical composition. The outcome is a neo-baroque divertimento for string quartet.There are four movements:

I. Parterre de pièces coupées pour des fleurs
An important element in the baroque garden is the parterre, a rectangular area containing symmetrical and fancifully modelled flowerbeds surrounded by small hedges and accentuated by little ornamental trees. The movement is based on an untempered ëhedge-clipperís motif in contrary motion.During the absence of the gardener the plants run wild but, thank God, In the end the inevitable hedge-clipper gets everything back under control.

II.Labyrinth
The Labyrinth of Versailles was destroyed long ago. It was a square plot of land with a dense covering of countless shrubs.The many pathways that traversed it merged so imperceptibly one into another, that one very easily got lost. Here, two lovers ( first violin and cello) wander about endlessly along indentical footpaths.

IV.Trianon de Porcelaine
In 1670 Louis XIV built a country seat to please his mistress the Marquise de Montespan. He bought the poor village of Trianon and had it razed to the ground. The name, however, was retained for its beautiful sound.The new buildings were plastered with blue and white porcelain, in imitation of the Chinese pagoda at Nanjing. In nearly all seasonsthe garden was a variegated sea of flowers, filling the air with the sweet scent of blossom. In 1687,when the Marquise fell into disfavour with the King who was seeking a change, the Trianon de Porcelaine was demolished to make way for the present Grand Trianon. The music in this section is a small contemplation of trancience, in memory of a forgotten little village and a forgotten pleasure garden.

String Quartet No.2 'Postnuclear Winterscenario'
The original compositon for piano, called Postnuclear Winterscenario opus 49 was written on January 23 1991, shortly after the Gulf War broke out.In those days Ter Veldhuis felt speechless and unable to compose.In the media,meteorologists predicted apocalyptical consequences for the climate and the environment, similar to the effects of a nuclear war.They called it a postnuclear winterscenario .Ter Veldhuis decided to express his speechlessness in music.In only a few hours time the piece was written.It is probably the simpliest music he ever wrote.All musical material was reduced to a minimum.The 'melody' consists of one single note,that is repeated all the time.The harmonic accompaniment is diatonic and consists of only four different notes in altered positions and changing order, played one by one in slow pulse,like a stretched out arpeggio. There are no real rhythmical, melodical or harmonical developments in Postnuclear Winterscenario. The main way of expression is in the repetition and the delivery.Pianist Kees Wieringa performed the piece worldwide, even in Irak, on the ruins of Babylon.Ter Veldhuis regards his ëPostnuclearías a centerpiece and has already written several other íscenariosí, all based on the first one.
There are 2 versions of the second quartet:
The ëAmsterdam versioní for the Dufy Quartet.
The ëRotterdam versioní for the Netherlands Quartet.
There is also a version for string orchestra,called Postnuclear Winterscenario No.9

'There must be some way out of here
said the joker to the thief.
Thereís too much confusion
I canít get no relief...'

The text can be seen as optimistic or desparing, but also as encapsulating an idea to be explored. That is the spirit in which the Third Quartet was conceived.The music is all about sound, about the forces of attraction and repulsion revolving around the central note ëDí.And for Ter Veldhuis sound also means harmony.In that sense,'There must be some way out of here' is a search for a harmonicíresolutioní: in the words of the composer far from the 'faded avant-garde', from threadbare conceptualism and postmodernism.íThis search yields a huge spectrum of events: a maze of side roads,abrupt transitions and apparent lacunas.The search for a new aesthetic for Ter Veldhuis however, does not mean falling back into a romantic idiom.On the contrary: the Third Quartet is in essence one large crescendo, with striking elements drawn from rock and blues.Originally the composer wanted to call itîLife and the Boyî because of its extraordinary energy, and as a deliberate inversion of Schubertís Death and the Maiden.
A special version for string orchestra of ëThere must be some way out of hereí was written for an performed by Concerto Rotterdam and the Noord Nederlands Orkest.
The third string quartet received a special nominantion at the UNESCO International Rostrum of Composers 1997 and was performed by the Penderecki Quartet,the Utrecht String Quartet, the Onyx Quartet and the Netherlands Quartet.

All quartets were recorded by the Netherlands Quartet on a cd: Emergo Classics EC 3937-2.
In 1999 Dutch choreographer Hans van Manen based his ballet Short Cut, for the Netherlands Dance Theatre on the first and third quartet.